2018 Sporadic Fall Series | ft. Lawn Fawn Mini Pop Up Box Die Set and You're the Pick of the "Patch Stamp"

So given my terribly inconsistent posting (for which I cannot apologize enough) I can, at best, promise only the most sporadic of postings for this series. Which is shocking, considering that this is by far my most favourite season. Sadly, by the time I get home from work, we have dinner and get the kids all settled, I'm just not in the head space to be in the craft room.

There have been a couple days where I have plowed through and been in there, but then sent out the cards without taking pictures. To which I end up being super unhappy with myself, because you'd think that after blogging for this long, I would know my own routine.

Anyway, it hasn't stopped me from BUYING all the new things, especially when it comes to Lawn Fawn. Today's card features the Mini Pop Up Box die set as well as the brand new "Pick of the Patch" stamp set. Both of which are SUPER fun to play with!! 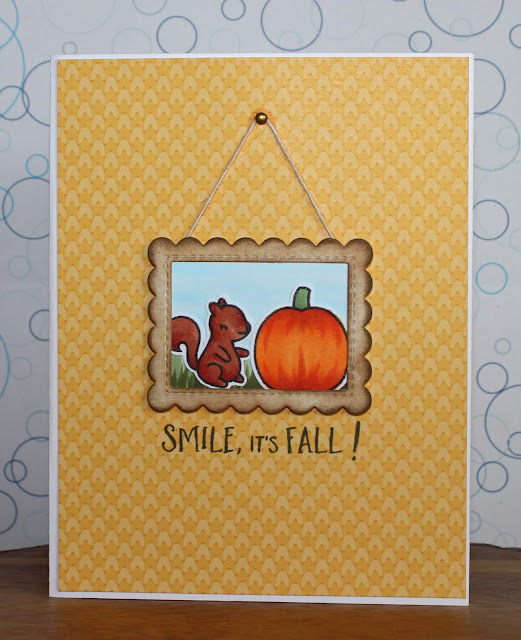 To begin, I stamped the squirrel as well as the pumpkin with Memento Tuxedo Black ink on 110lb Copic-friendly cardstock, coloured them with Copics and fussy cut them out. Normally I'd use the Scan N Cut, but I'm doing some reorganizing in the art room right now, and it's a little inaccessible.

I used one of the frames from Lawn Fawn's "Mini Picture Frames" die set to frame up my images then added a length of natural twine and a brad to make it look like it was hanging. All of the pattered paper in today's card comes from the Knit Picky mini 6x6 paper pack. 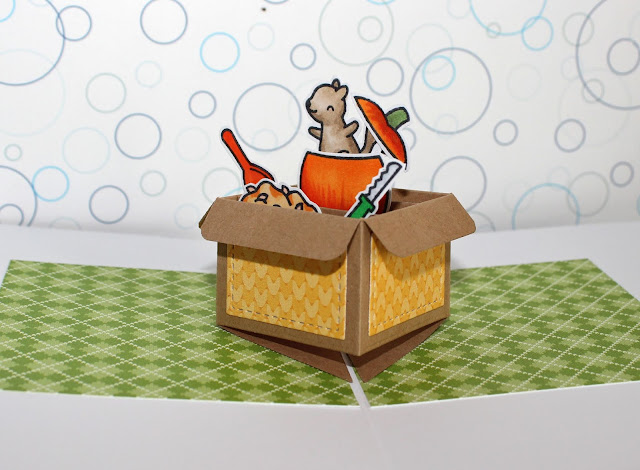 I cut the mini box from some 65lb Kraft cardstock and added the side panels from the extra patterned paper on the front. I stamped the rest of my images, coloured them and fussy cut them out. To make them all stick I used the Nuvo Precision Glue Pen (which I LOVE).

When I create another of these cards, I will rotate the box so that the triangles (where it attaches to the inside of the card) open at the top. It wasn't until afterwards that it occurred to me, they shouldn't be visible from the angle at which you are looking at it. But, live and learn, right? 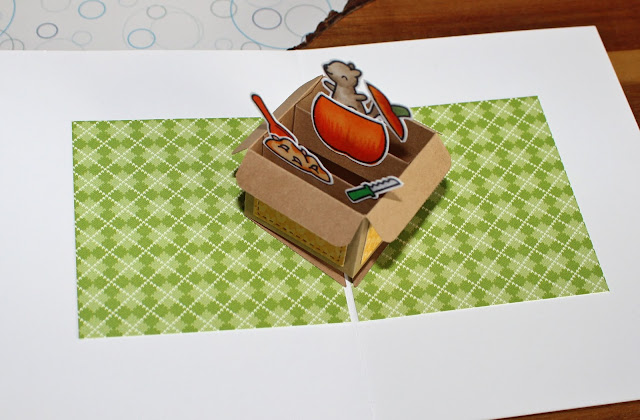 Much like the Shadow Box die set, I love how you can get so much more dimension in such a tiny space. Of the two new interactive die sets, this one is currently my favourite. It doesn't take a whole lot of effort to make a BIG surprise on the inside of an already super fun card.

I hope you like today's card and are inspired to create something of your own. If you haven't already, please follow me on the right side bar, over on Facebook and on YouTube! Drop me a line in the comments section below and let me know what you think!